The provinces that are part of this territory are Ravenna, Rimini, Forlì-Cesena, Bologna and Pesaro-Urbino.

Let’s start from Cervia.The original name of the city was Ficocle, since legend has it that the city was founded by an Etruscan  captain named Ficol. Cervia is also known as the “Ancient City of Salt”; the Etruscans started processing the so-called “White Gold”, that was once a precious food and trading resource. Idyllically set just in the heart of a strategic area, Ficocle was often the seat of fierce fighting, and was totally damaged by wars and disputes. After its total destruction, it was rebuilt and called Cervia. Legend has it that the Bishop of Lodi was walking across the city’s lush pinewood forest when he met a red deer that knelt before him as a sign of devotion ! This is the reason why the city was called “Cervia”, and the city’s coat of arms depicts a red deer kneeling. Anyway, expert researchers say the name Cervia derives from the Latin word “acervus” meaning “cumulo”(heap), and draws inspiration from the salt heaps that were stored in the city’s salt pans.

Ravenna is the largest and most important province of the surrounding territory; it was the capital of 3 Kingdoms: the Western Roman Empire, the Ostrogothic Kingdom and the Byzantine Exarchate.
Ravenna experienced its golden age during the Byzantine Period, when the art of mosaic developed here and contributed to make the city part of the prestigious heritage cherished by UNESCO. The city’s most important religious buildings, that attract large numbers of tourists from all over the world, are still embellished by precious mosaics of great value, such as the Basilica of St. Apollinare in Classe, the Mausoleum of Theodoric, the Basilica of St. Vitale, the Mausoleum of Galla Placidia and the so-called Domus of Tappeti di Pietra, that has recently been unearthed here. Ravenna also cherishes the mortal remains of the most important poet of all time, Dante Alighieri. The Basilica of St. Francesco is home to a small temple cherishing the relics of the great poet.

The province of Forlì was the homeland of illustrious personalities, such as the poet Giovanni Pascoli, the Risorgimento politician Aurelio Saffi, the gastronome Pellegrino Artusi and the dictator Benito Mussolini. The lovers of history and archaeology won’t miss the opportunity to visit Forlì. The surrounding province gathers important museums and archaeological sites: Cesena’s Archaeological Museum and Malatesta Fortress, Forlì’s Sforza Fortress and Museum of Risorgimento, “Villa Torlonia”, the house-museum of  Giovanni Pascoli in San Mauro Pascoli and many more.

Rimini, the southernmost province of Romagna, boasts an outstanding mixture of culture, art, sea and attractions. Not many know that Rimini was the first Roman colony of the Po Valley; walking down the streets of the city centre, it is still possible to admire the splendid monuments and buildings that were commissioned by the most famous Roman emperors, such as the Arch of Augustus and the Bridge of Tiberius. Rimini’s Forum was the scene of Caesar’s famous utterance “Alea Iacta Est” (the die has been cast). Rimini is the ideal destination for those interested in visiting medieval castles. The most famous ones are Montefiore Conca’s Fortress and Gradara Castle, that were both commissioned by the Malatesta Family; the Fortress of San Leo, that rises on the top of an impressive rock spur overlooking Valmarecchia and San Marino and was the seat where Cagliostro was imprisoned ; the Castle of Montebello, that is said to be haunted by the Ghost of Azzurrina and attracts the lovers of paranormal activity. 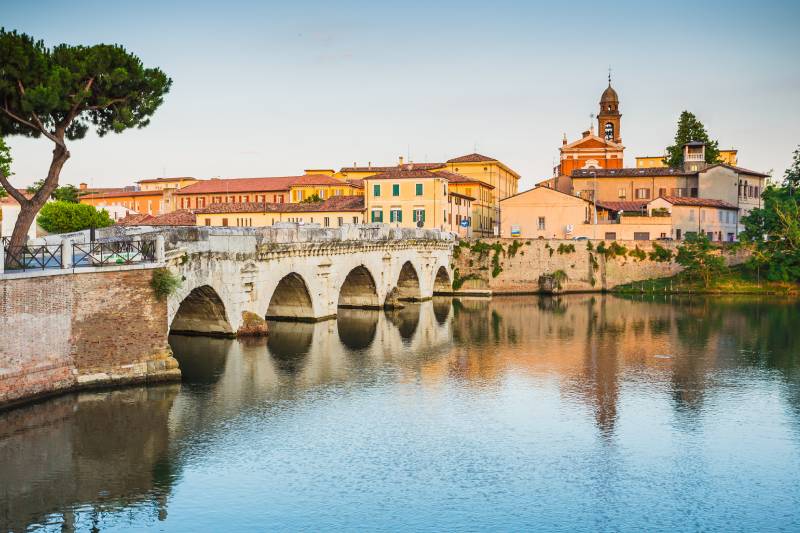 Romagna is also home to the oldest republic in the world: the Republic of San Marino. Idyllically set on the top of Mount Titano, this small State attracts large numbers of visitors from all over the world thanks to its imposing medieval buildings and the impressive sixteenth-century walls that provided hospitality to Garibaldi in 1849, when he escaped from the army in an attempt to reach Venice. 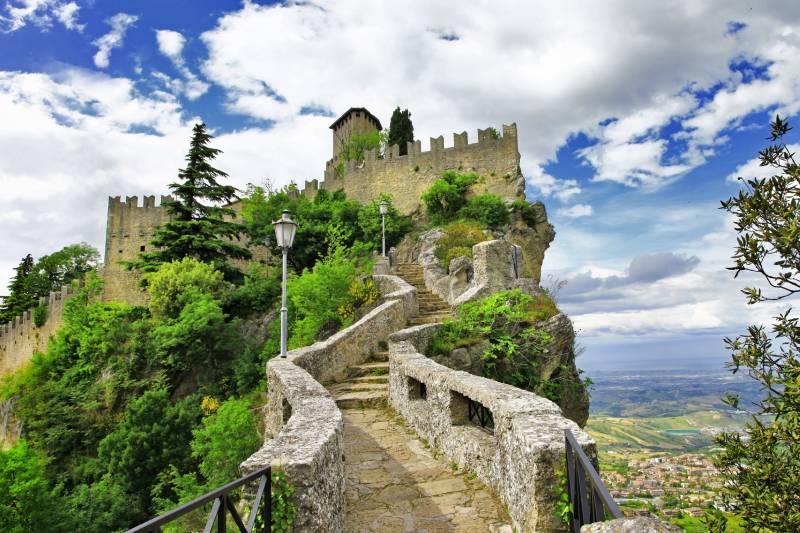 Relax in the heated outdoor swimming pool
AND JACUZZI ON TERRAZZAMARE

Reception and Services
FOR YOUR FURRY FRIENDS 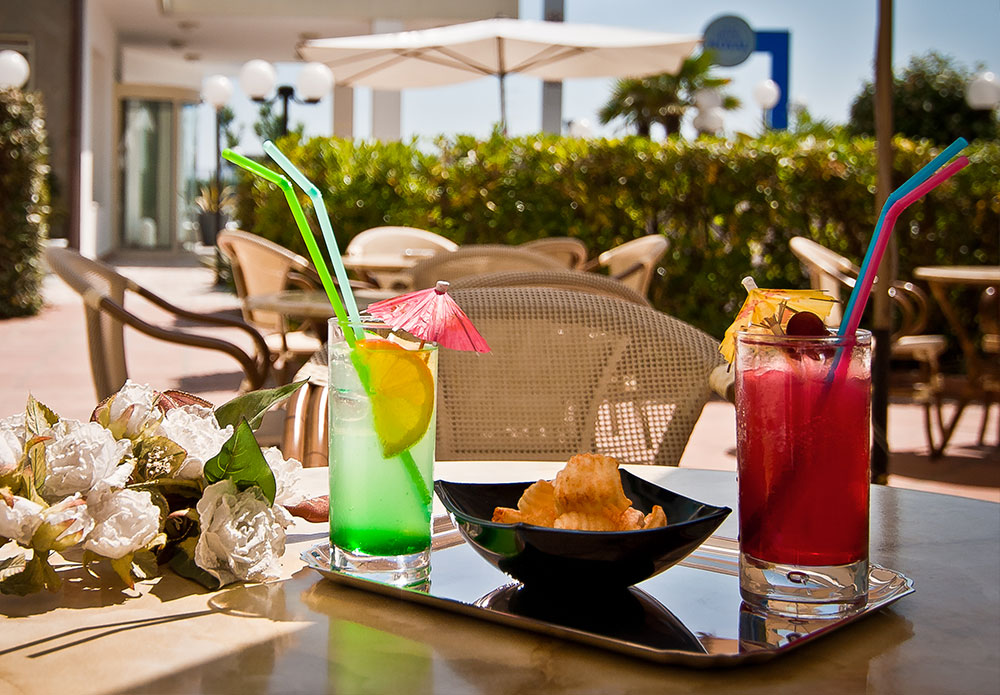 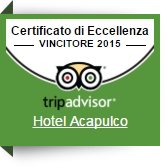 This was the second year that we spent a weekend at this hotel with our family and we would recommend it to anyone looking for a relaxing, wonderful holiday. The […]

REQUEST QUOTE FOR YOUR HOLIDAY
chiudi 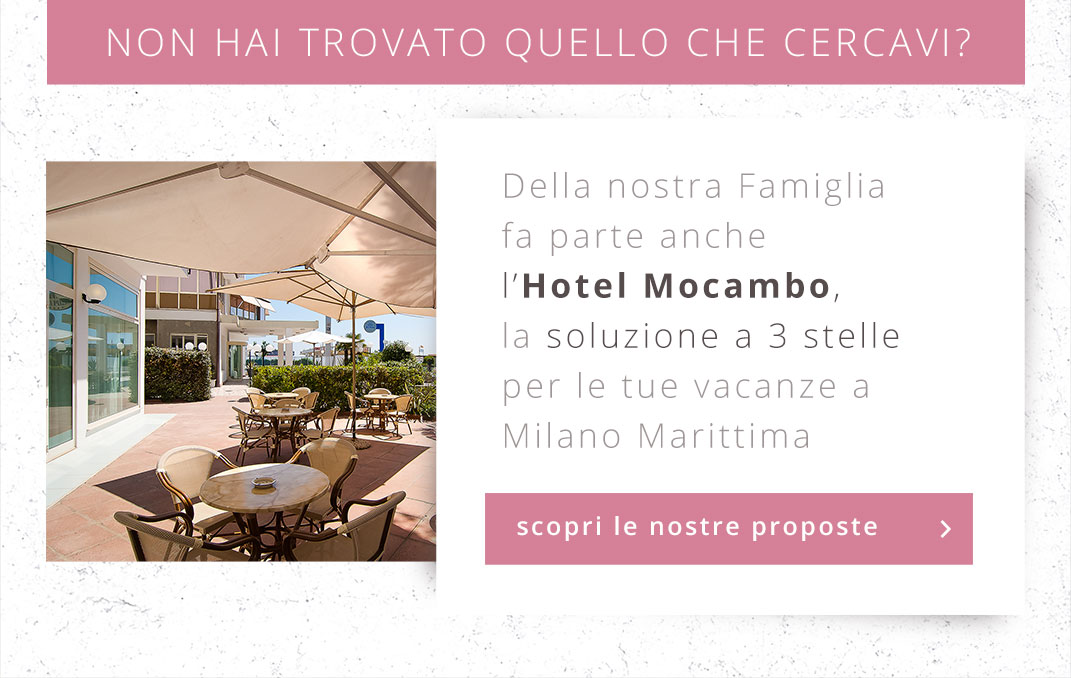